Our first concert of 2018 is already almost here! On Friday 12 January we perform Elliott Carter’s legendary Double Concerto for harpsichord and piano at LSO St Luke’s, with Riot members Goska Isphording and Adam Swayne in the challenging solo roles.
This will not be the only highlight of the evening, however: the concert is completed with  works by two younger American composers, Molly Joyce and Pierce Gradone. Over the Christmas holidays Tim Rutherford-Johnson spoke to Molly about her Push and Pull, a new commission from our 2017 Call for Scores, and her work in general.

Tim Rutherford-Johnson: How did you start composing? Was there a particular moment, piece or person that inspired you to begin?
Molly Joyce: I was born and raised in Pittsburgh, PA, to a non-artistic but very supportive family. Musically speaking, I initially started on the violin. However, at the age of seven I was involved in a serious car accident after which my left hand was nearly amputated. After the accident, with the incredible support of my elementary music teacher, physical therapist, and mother, I was able to figure out a way of playing the cello instead –  backwards, so fingering with the right hand and bowing with the left hand (with a splint on the bow). I was always involved with music from then, also playing trumpet (including the ever-fascinating marching band) and occasionally singing in choir. However, once I was in high school I had access to computer notation software. Looking back I think what attracted me to composing at first was that there was no immediate physical limitation, and thus I felt that I could let my imagination run free. It also helped that the notation software all seemed like a big video game to me!
TR-J: What most recently has made a big impact on you? MJ: While I feel like my answer to this changes every day, I think what has had the greatest impact on me in the past year or so has been meeting the singer, advocate, and entrepreneur Carla Canales. I have been very fortunate to get to know her as a close friend, mentor, and collaborator, and learning from and working with her has truly helped me reimagine my practice and career as one that not only strives for artistic truth and authenticity, but also social impact and awareness. Among her many activities, she is the founder and CEO of The Canales Project, a non-profit founded to create connections through culture, which I feel provides a very conscious and organic platform for artists to address social issues.

Additionally, she has really been the first collaborator to encourage me to sing in my work, which at first was a very scary step but now has truly been life-changing for my practice and output.

TR-J: How did Push and Pull come about? And what surprised you most when you were composing it? 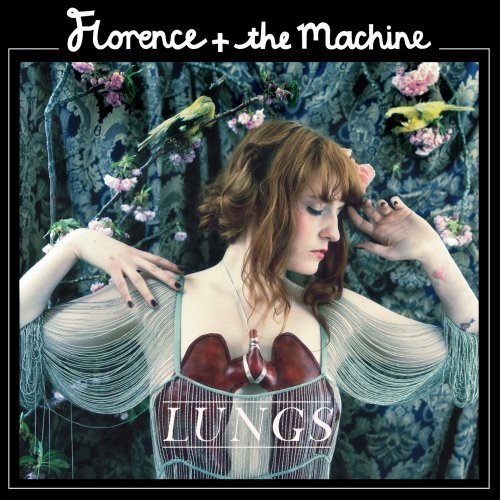 MJ: Lately in many of my instrumental pieces I have been trying to confront my musical ‘guilty pleasures’ head on. These pleasures range from lots of reverb and constant rhythmic pulse, to wanting to quote every Florence + The Machine song …. With my work for Riot Ensemble, I wanted to wrestle with my love of downbeats, and to try to explore what would happen if the downbeat shifts from super obvious to super subtle, and then perhaps even inaudible at the end, allowing for a ‘pushing and pulling’ of it overall.

I think what surprised me most when composing it was how nervous I was and still am about the orchestration of it. I always feel incredibly insecure about orchestration, specifically because it’s so hard for me to tell how exactly it will sound; and once I do hear the music live it can sometimes be too late to make any major changes.

TR-J: What is your composing routine like? Do you have a dedicated space and/or particular time of day to write, for example?

MJ: My composing routine generally follows the motto ‘anywhere and everywhere … with a coffee – light Starbucks frappuccino if possible.’I almost always compose directly onto my computer, and if possible with my toy organ by my side. When I’m not travelling I generally try to compose in the morning, as I feel that’s when I’m most focused and it’s overall a great way to start my day. When I am travelling I will compose anywhere – on the plane, in the train, and so on. My favourite practice is to find a Starbucks to camp out at (preferable seat near an outlet with nice window view) and binge on light frappuccinos.

TR-J: I’m detecting a frappuccino-based theme! So what’s next on your agenda?
MJ: My next major project is my debut solo album, which will feature my own voice with what is perhaps my favourite instrument, my electric vintage toy organ. Bought on eBay about five years ago, this instrument has quickly become a primary focus in my work, not only because of the unique sound and tuning that it produces, but because it physically fits my body as a performer well due to my physically-impaired left hand.
Thus with the organ and the music I compose for it, I aim to engage and challenge my impairment, an act which I hope will allow for a true ‘breaking and entering’ of my body to a realm beyond ability in and of itself. The album is not concerned with the functional or dysfunctional, but rather all the in-betweens and multitudes of possibilities that emerge from such a source.

TR-J: Finally, if you could choose anything, what would be your dream line-up of instruments and/or voices to write for? And where would you like the premiere of this fantasy piece to take place?

MJ: Along the lines of the previous question: right now my fantasy piece would at least involve myself singing and performing on the organ, most likely in a very resonant church or similar venue as I very much love reverb. I would also envision this as perhaps a collaboration with a lighting and/or projection designer, to add to the theatrics of the work and performance space.

And for the encore a huge dance party would immediately follow.
TR-J: Good times! I’m fascinated too to hear what comes out of your explorations of physical impairment. Thank you for your time, Molly, and we look forward to giving the first performance of Push and Pull.

We’re hugely excited to kick off 2018 with a rare performance of Elliott Carter’s masterful Double Concerto, with Riot soloists Adam Swayne (Piano) and Goska Isphording (Harpsichord).  Carter’s work will be placed alongside two varied emerging American composers.  Molly Joyce, one of seven composers chosen in our 2017 Call for Scores will have a world premiere of a new work in this concert, and we will give the UK Premiere of Pierce Gradone’s To Paint Their Madness.  The concert will last an hour and will be followed by a drinks reception with the artists and composers.